So far on my exchange I’ve had the chance to try a couple of traditional Aussie foods. The first one I experienced on my first night in Sydney and it was a ‘sausage sizzle’ – basically a hot dog, but instead of the sausage being in a bun, it was in a folded piece of white bread, typically with some sort of fried onions on top. When I first had this I was told this was an iconic Aussie barbeque staple, and throughout my exchange I have found this to be very true and pretty much all events from university orientation to Australia day are accompanied by a sausage sizzle. 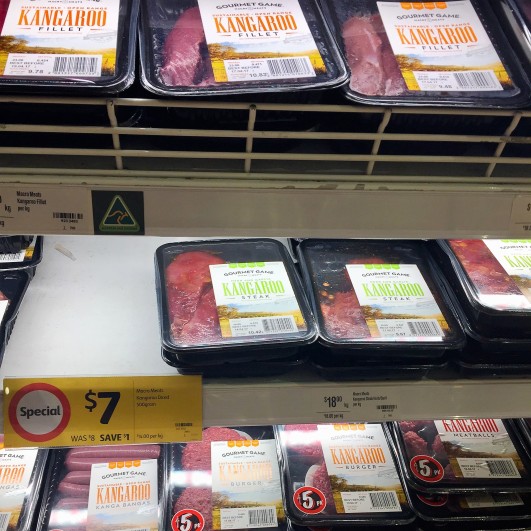 Another classic Australian condiment is vegemite, which is pretty much the same thing as British marmite – growing up in Canada however, I have never really been able to stomach either. However, it was when I was sailing in the Whitsunday Islands on a catamaran when I was forced into the Aussie experience. As a result of losing a bet, I had to eat a spoonful of vegemite and I am sad to say that I nearly couldn’t do it. While I watch my friends eat it pretty much on anything, I don’t think it is something I will miss at the end of my year.

The one thing that everyone told me before I left on my exchange is that everyone gains weight, and I have to say that this is sadly true but also I can pretty much nail this weight gain to Tim Tams. Tim Tams are an extremely popular cookie which is insanely addictive. They come in a range of flavours and I’m ashamed to say I think I have tried most of them. There is also something called the ‘Tim Tam Slam’ which involved drinking hot chocolate through a Tim Tam as a sort of straw. I do not recommend trying this unless you too wish to put on a stone.

Finally, one more Australian delicacy which I tried was kangaroo meat.  I first noticed it in the grocery stores when arrived and noticed it came in a variety of forms – kangaroo steak, meatballs, ground, etc. and that it was relatively inexpensive. I did not try it until I was in the outback and I tried both a kangaroo burger and steak and was slightly disappointed in that it didn’t taste that dissimilar to other meats. Although it wasn’t terrible something about the concept has stopped my from picking it up in the grocery.