If you asked any local person what they think it is the most beautiful building in Granada, you would get one reply only, and that is the “Alhambra”. 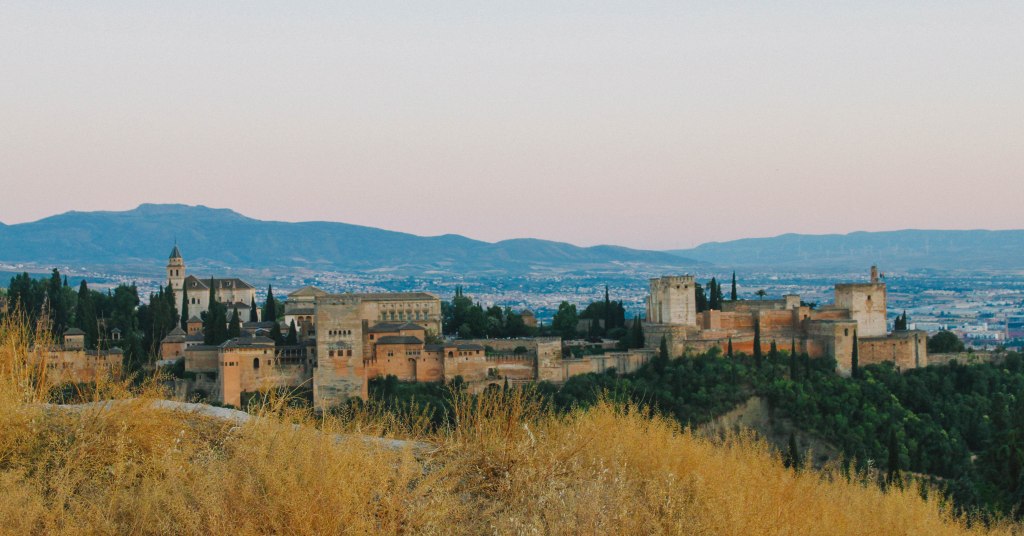 Built in the mid-14th century, the Alhambra is the red fortress which sits on the hill overlooking Granada and consists of gardens, fortifications and sumptuous palaces. The name comes from the Arabic words “qa’lat al-Hamra”, meaning “red castle”, referring to the dusty red stone that was used to build the thick walls around the castle. 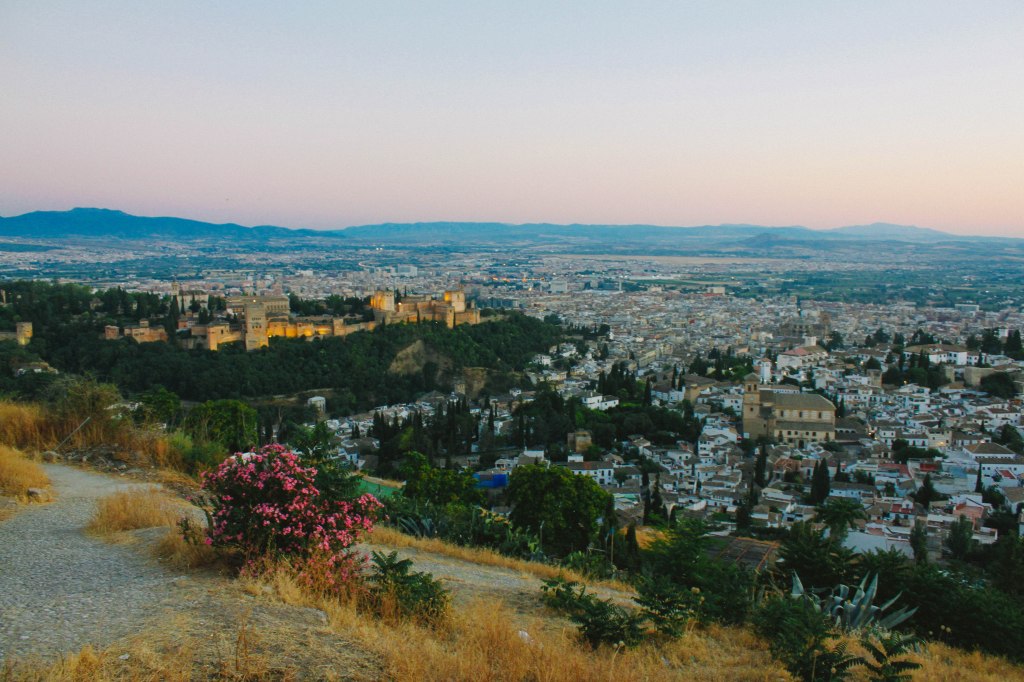 Once the residence of the Muslim rulers and their court, the Alhambra is now one of Spain’s major tourist attractions and a prime example of the country’s Moorish heritage. Now we’ll skip the rest of the boring historical part (which you can find on Wikipedia if interested), and go directly to a short description of the palace.

First of all, just to make things clear, have a look at this map that shows the layout of the entire site.

There are mainly three parts to the Alhambra:

As you can see from the pictures, ceilings, walls, floors and every tiny bit of the Alhambra is covered with beautiful carvings, rich plasterwork, wooden frames and marvelous tiles.

Unfortunately pictures are not enough to recreate that feeling, but believe me when I say that this is the most evocative palace I’ve ever visited in my life so far. The entire building has a magical feeling to it and feels like a creation from an Arabic fairytale brought to life.