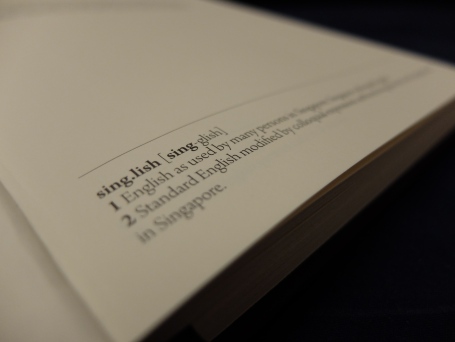 Singlish is an English-based dialect that is spoken in Singapore, and one of my favourite parts about the local culture. It mostly sounds like English with slightly altered/”simplified” grammar and with some words originating from different Chinese dialects, Malay and Tamil. Although Singlish is the standard way of conversation for most Singaporeans, it is generally seen as a “bad habit” and its use is discouraged by the government. Although being able to speak Singlish is a great way to get in touch with locals, I must admit that my attempts to learn it have mostly failed. Throughout my stay in Singapore I have picked up quite a few words and can definitely follow conversations, but I found it practically impossible to actually learn to speak it. This mostly stems from the fact that, because it’s not a proper language, it sounds very strange if it’s not pronounced in exactly the right way. Therefore most of my attempts ended with locals laughing at me and discouraging me from learning it. Nonetheless, my flatmates and I have tried improving our Singlish vocabulary by having a “Singlish chart” in our flat.

The Singlish Chart – I still don’t know what Senor Ricardo is doing on there.

Two of my favourite expressions:
lah: The most well-known example of Singlish is the addition of “lah” at the end of a sentence. It appears completely random and doesn’t have an actual meaning but can apparently be used for emphasis.
SPG: I like this expression because it has a weirdly specific meaning. I only learnt of it when one of my Singaporean friends gave me a Singlish dictionary as a present, and haven’t heard it being used very often. “SPG” stands for “Sarong Party Girl” and is, according to the dictionary: “A derogatory term used to describe a local (Chinese, Indian, Malay, etc.) woman who leads a hedonistic lifestyle, behaves and dresses provocatively and goes to parties, pubs, etc., to meet and form relationships with Caucasian men.” 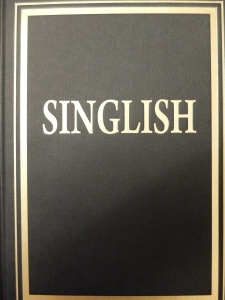 And some more useful words:
makan: means “to eat” in Malay.
lepak: means “to chill/relax” in Malay.
ang moh: refers to a Caucasian person. This was useful to learn as locals would sometimes use it to refer to me.
auntie/uncle: to refer to any older woman or man. For example, when getting into a cab, you would address the cab driver as “uncle”.
mugging: means studying very hard.
sian: to express boredom or being tired.
alamak: to express shock or surprise.