I’ve decided to take an almost “Yes Man” approach to my year abroad and if anybody asks me to try something different or go somewhere new I just accept without asking myself too many questions.  This is how I found myself at La Fête des Lumières(Festival of lights) in Lyon at the start of December.

Normally I would associate the word “festival” with music or alcohol such as the famous Oktoberfest in Munich or the typical music festivals we have here in the UK. Even while I sat on the train I had no idea quite what to expect, turns out La Fête des Lumières is a pretty big deal! For me, attending the festival has probably been one the best things I have done so far on my year abroad.

So what’s it all about? Over 5 million people come to Lyon over the weekend from all around the world to watch different light shows across the city. The shows are projected onto the the city’s most famous buildings such as the Basilica of Fourvière , the Opera house and the famous city hall but there are also light shows in the park or in a lake. Most shows are assisted with music and sounds effects and are truly captivating spectacules. 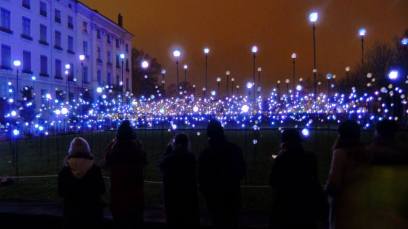 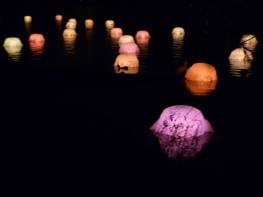 The best thing about my experience however was the cultural difference between the Parisians and the Lyonnais. I was there with two other girls from the exchange programme in Paris and all of us agreed that we spoke more French in Lyon over two days than we had over one semester in Paris! The Lyonnnais love to talk! For example, we asked an elederly gentleman for some directions to one of the light shows and he insisted on giving us a tour of the city taking us through hidden shortcuts and passageways unknown to the tourist eye. Similarly, we stayed in an Air Bnb with other students from Lyon and they were very accomodating and spent lots of time chatting to us. Finally to finish the weekend we tried BlaBla car which is a car pooling company that allows you to get across France for very reasonable prices. The 5 hour journey was hilarious and we got a really great insight into what French people are really like. Overall it was a fantastic weekend!