When my family were visiting Peru it was always inevitable that we would visit Machu Picchu, it is one of the most important and mysterious historical sites in the world. What I didn’t realise in that the Sacred Valley, where Machu Picchu is situated is in fact littered with Inca ruins, terraces and temples around every bend in the winding mountain roads.

I learnt many things while in the Sacred Valley, talking to local guides and listening to stories about how the Incas ingeniously cultivated their crops, sacrificed to their gods and told the time by the light of the sun. Our first guide Augustine told me about how the farmers at Salineras discovered the rich saline water that trickled down from a mountain stream, and built hundreds of terraces to harvest the minerals by letting the water evaporate in the sun, and how the Incas used the circular terraces at Moray as a way to test the best conditions  to grow different crops as each terrace had its own depth and microclimate.

Our second guide Salvatorre told us about Machu Picchu and its discovery by American historian Hiram Bingham in 1911. Bingham was originally looking for a different city called Vilcabamba, when he stumbled across Machu Picchu he thought he had found the city he sought after and so named the site Vilcabamba. The name was not changed to Machu Picchu until many years later when it was discovered that the real lost city of the Inca was about 50 miles west of the Machu Picchu site. When it came to renaming the city, it was simply named after the mountain Machu Picchu – which means big mountain.

Were were told that very little is actually known about how Machu Picchu functioned as a city, and much of what we do know was achieved by guess work. However as the thunder cracks and clouds roll over the jagged mountain tops, temples made of huge granite blocks, and llama littered, verdant terraces, it doesn’t seem to matter that we know so little about the Incas, it is the air of mystery that makes the place so special. 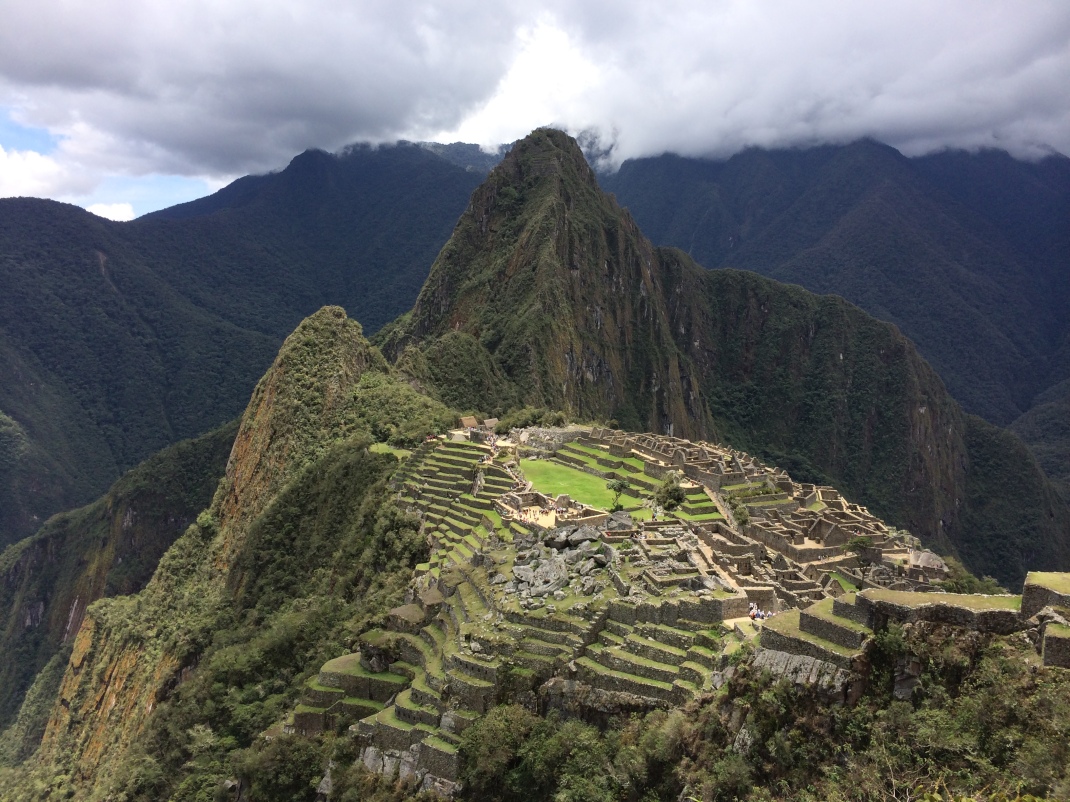 If you wish to learn a bit more about it read Hiram Bingham’s ‘Lost City of the Incas’, and another fascinating and contemporary account of one man’s journey through Peru, read ‘Trail of Feathers: In Search of the Birdmen of Peru’ by Tahir Shah.